Considering that what we’re preparing for will probably collapse civilization as we know it, we should think about what helped to start civilized life originally. I mean, if we make it through, what better way to rebuild than what worked the first time, right? This brings us to fire. The ability to reliably build and control fire is widely regarded as one of the cornerstones of modern society. Fire provides warmth, security, the ability to cook, the ability to boil water…without fire there can be no civilization. It is a practice that is often taken for granted today, what with butane lighters and lighter fluid for our charcoal briquette barbeque grills, but it wasn’t always so easy and it will not be so easy if the zombies wreck our delicately balanced way of life. So what should we do? Stockpile Bic lighters? That’s probably not the best choice. The original fire starters worked with flints and tinder and I say we stick with that (with a modern twist, of course).

The Light My Fire Firesteel Army

This simple but effective fire starting system emits sparks upwards of 5500 degrees for up to 20,000 strikes. It comes with a steel blade you drag down the striking rod and the friction sends a shower of sparks down into your intended fire. It works when it’s cold.

It works when it’s wet. In a pinch, you can use your pocketknife in place of the provided striker. When you need to get warm and dry, this little tool will be your best friend. Keep it close and don’t be afraid to have more than one in your bag. 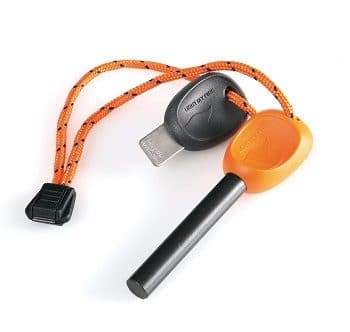 This is basically a super-charger for any firesteel. The Magnesium Firestarter is a small block of solid magnesium with striking rod on one side of it. The way that it works is you shave some of the Magnesium off of the block into your tinder pile (wet or dry, doesn’t matter) and then strike a spark into the shavings. The Magnesium shavings are extremely flammable and will expedite the fire starting process. This little tool works great as a stand-alone piece or as a supplement to go with the Firesteel Army mentioned above.

The last thing that you want to happen is to escape the zombie hoards only to freeze to death because you couldn’t get your fire started. That’s a rookie mistake and we’re not rookies, we’re survivors. 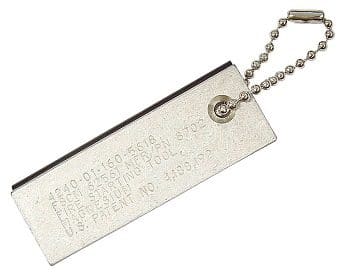