Written by Kevin Volkan and Neil Rocklin
Originally published in Bizarre Behavior blog on June 14, 2011. Special thanks to Kevin for allowing us to repost!

In order to understand zombies it is important to know their origins. Here I would like to trace our conception of zombies back to Haiti and Africa, explain the ‘original’ zombie types, look at how these zombies come into being, and how they are used. I will conclude with a discussion on the psychology of zombies.

The word zombie is African in origin, though it does not have a simple etymological lineage. There are a number of Africa terms that may be related to of the modern word zombie. These include fumbi, which is the Yoruba word for spirit; mvumbi, which in the Congo can refer to either a cataleptic person or the invisible spirit of a person; ndzumbi, the Gabon word for corpse; nsumbi the Congo word for devil; nvumbi the Angolan term for a body without a soul; nzambi the Congo word for the spirit of a dead person and the Bantu word for the creator and/or serpent God; zan biia term used in the Ghana-Togo-Benin areas of Africa to refer to a nighttime bogeyman used to scare children; and zumbi, a word used in the Congo and in Angola to refer to someone raised from the dead (Ackermann & Gauthier, 1991, p. 468) 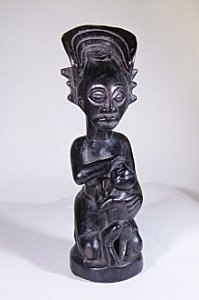 The Complete Idiot’s Guide to Voodoo states that a zombie is an individual whose soul has been captured by a sorcerer (Turlington, 2002). However, zombies may be of two types – a soul without a body or a body without a soul. The former is relatively easy to obtain, while the latter requires extraordinary skill on the part of the sorcerer. This delineation of zombies into two types is related to the African belief that humans have two types of souls or spirits. In Haiti these are known as  the Gros Bon Ange (good big angel) and the Ti Bon Ange (little good angel). Depending on whom you talk to, one or both of these souls can be captured through sorcery. The soul itself may then become a zombie. Called a zombi astral or zombie of the spirit (I will refer to it as a spirit zombie), it is held by a sorcerer who can then transform the soul into various forms to carry out his or her bidding, for both good and evil. Conversely, one or both of these souls can be removed from a person, turning them into a soulless body that is under the power of its sorcerer master. In either case, a zombie can be considered to be someone who has problems with their soul(s). Typically, western writers have reported mostly on soulless body type zombies, which are called zombi cadavre or zombi corps cadavre which can be translated into a zombie of the flesh (I will call it a flesh zombie from here on out), Nevertheless, interviews with Haitian sorcerers indicate that spirit zombies are quite common. (Ackermann & Gauthier, 1991). 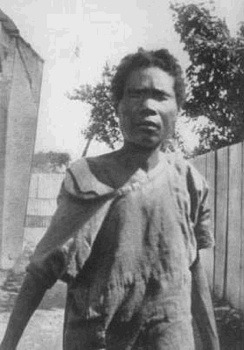 There are various ways to create zombies. Spirit zombies can be obtained simply by capturing the soul(s) of a person via magic. This is relatively easy and does not require great skill. Flesh zombies require much greater skill to obtain and may require the use of animal and plant based drugs and poisons in addition to magic. It also may require murder, though some zombies are the result of a soul stolen from a living person. In most cases however, zombie creation requires access to a dead body, regardless of whether the body is freshly murdered or not.

The use of drugs to induce a flesh zombie is controversial (Davis, 1988b; Hines, 2008). Davis (1985) was one of the first people to argue that a zombie state could be induced using a mixture of certain animal and plant based substances. However, he was not able to obtain so-called zombie powders that would have produced the ‘zombification’ depicted in the movie The Serpent and the Rainbow, which was based on Davis’ book. However, if we are willing to stretch the point it is possible to come up with a list of useful ingredients for flesh zombie creation: 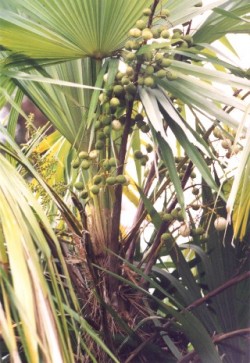 Care must be taken to use right dosage of these toxins as too much will kill the victim. In popular renditions of the creation of zombies the toxins are either ingested by breathing in a powder or by having it come into contact with a cut. After the toxin takes effect the victim is typically interred in a coffin and buried alive. The person being turned into a flesh zombie is fully conscious during the burial and feels profound fear, anxiety, and loss of control. The potential flesh zombie then remains buried and the poison eventually wears off freeing them victim to struggle in their grave. At some point the zombie’s master digs up the victim who is now supposedly compliant and without the will to resist.

The last part of the flesh zombie creation is the most controversial since once the poison wears off there is no reason the person should be compliant. None of the substances listed above, or listed by Davis in his publications, would induce a permanent lethargic-compliant state. Perhaps the zombie has to constantly be drugged, or is brainwashed? Some writers, notably Hines (2008) find this idea far-fetched. A more realistic explanation might be that a lack of oxygen in the coffin during burial could cause some degree of brain damage, perhaps to the frontal lobes. This would explain the blunted affect and lack of volition typical of zombies. It may be that the creation of a flesh zombie produces something akin to a person with a lobotomy. 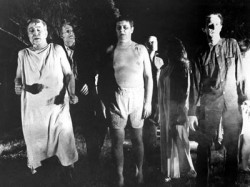 It also may be true that what I am calling flesh zombies are nothing more than mentally ill people. Certainly some types of psychoses include the lack of volition, lethargy, compliance, and shuffling gait seen in flesh zombies. As Ackermann & Gauthier (1991) state, zombies might be based on the:

Observation of imbeciles, or certain mentally ill people, especially catatonic schizophrenes, demented or amnesic, who wandered off and were sighted later. In countries where illness and premature death are commonly attributed to magic, it would be logical to explain the vagrant mentally ill as resurrected dead without a soul. This would be a purely popular belief; sorcerers could have contributed nothing but rumor. (p. 490)

These authors go on to say that this idea is reinforced by the high incidence of psychosis among the homeless.

Regardless of the type of zombie created, they are useful to the person controlling them. Spirit zombies can be used for varied purposes ranging from helping with homework to inflicting disease. Flesh zombies can be used as domestic servants, manual laborers, limited skill workers, as well as bodyguards and assassins (Ackermann & Gauthier, 1991; Davis, 1988).

In essence, zombies make perfect slaves. In fact, aspects of the zombification process echo the forced diaspora of slaves from Africa. It is not too much of a reach to see the similarities between being conscious in a coffin and being in the hold of a slave ship. Both experiences include a complete loss of control as well extreme fright and claustrophobia. Both experiences are also easily fatal, or in the best case scenario result in lifelong degrading servitude.

There is more than just irony in the fact that slaves, and later former slaves, would want to create slaves for themselves. Psychoanalysts would call this a classic case of repetition compulsion. In other words, by repeating the process of slavery, the slaves seek mastery over their situation. This also represents the related phenomena of identification with the aggressor, where someone who is abused by another will take on the aggressive character of the abuser as a defense against their lack of self-worth. That people who were forcibly taken from their homes, subject to torture, horrible living conditions, and forced into long-term servitude would develop these psychological coping mechanisms makes sense. When you are under the total control of another, you can regain a sense of control over yourself by controlling someone else weaker and more vulnerable. Given that in many parts of the world people are still extremely vulnerable and struggling to gain control over their lives, it shouldn’t be a surprise that zombies are in our thoughts**.

* In any case the film “The Serpent and the Rainbow” is well worth watching for it’s depiction of the creation of a zombie with plenty of cinematic flair. Interestingly enough, Davis, absolutely hated the film even though he made quite a bit of money on it. In contrast the Voudun priest Max Beauvoir, who acted in the film loved the movie and it’s portrayal of Voudun, so go figure (Craven, 1988; Marsh, 2010).

** Please consider making a donation for Haitian relief at jphro.org

Davis, W. (1988a). Passage of darkness: The ethnobiology of the Hatian zombie. Chapel Hill, NC: University of North Carolina Press.

Check out a related article (by the same author): Zombies: A Scientific and Psychological Approach

Please let us know what you think in the comments!