Where would the zombie virus come from?

In this edition of “Ask Bast”, Dermot asks:
“Where would the zombie virus come from?” 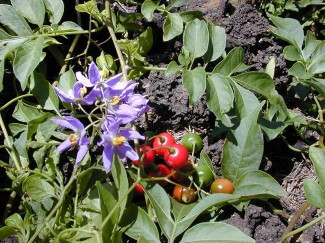 The only known way for a zombie to form is a plant called Solanum. It is very rare and can only be traced back in a few cases. However, if you watch the movies, zombies can arise from other ways, the most common being a government virus or the simple “no one knows”. Sometimes Hollywood will through in the occasional Black Magic.

Let’s take a closer look at what we know about Solanum. We don’t know a lot about the virus and it is not fully understood by scientists. The virus works by traveling through the bloodstream. It stops the heart and the brain remains alive, but dormant. Even though you’re considered “dead” without a beating heart, the virus mutates the dormant brain cells into a completely new organ. Thus, the dead becomes “undead”.

If you want to read more details about the virus Solanum, I suggest you check out Max Brooks’ awesome book, The Zombie Survival Guide. Brooks goes into detail about the source, symptoms, transference, and treatment of the virus. Once a human is infected, little can be done to save them.

Have a question for Bast? Ask here.
Fill out my online form.