Where the Chewing Began

George A. Romero’s work is the first notable use of the zombie as an explicit comparison to a human consumer-driven society, and therefore his work – and not the origin of the fictional zombie itself – begins the canon. Despite Romero’s placement of allegory regarding autonomy, power, and gender in 1968’s Night of the Living Dead, 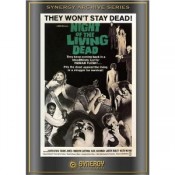 I believe the film was actually a bridge between the older themes of colonization and the modern look at a society eating away at itself.

Though Romero has stated the opposite on numerous occasions, it is clear that – at least in audience interpretation, which, as Altman explains, is a major part of the film’s actual implication – there are racial issues discussed in Night of the Living Dead, especially considering the film’s ending. In the film, after those locked in a rural house have died, one by one, either by trying to escape or attempting to fend off the zombies that tried to enter the house, only Ben (Duane Jones), a young, black male remains. In the morning, he steps out onto the porch to see other survivors (a group of “rednecks”) disposing of zombie corpses. The survivors point out Ben as “one of them” and shoot him in the head, despite the fact he is unhurt. This scene can be read as a throwback to the “fear of Other” based on the “racial difference as Other” as in the zombie films of the ’30s and ’40s 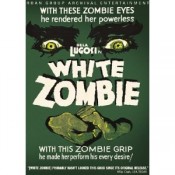 (such as White Zombie). Night of the Living Dead also begins to discuss consumerism in terms of issues of class – Harry Cooper (Karl Hardman), clearly upper-middle-to-upper-class, believes his family to be more worthy of saving than some of the other survivors in the house throughout the film, some of whom are of lower-to-middle-class. Also, Barbara, who clearly comes from an upper-class family, is helped by most of the other survivors even though she is of less use within the unit than many of the other survivors – perhaps an early statement that the haves are given preference over the have-nots. 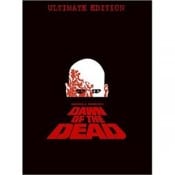 the focal point of the zombie as a means of comparison to humans is their need to consume. It is with Romero’s work that zombies begin consuming flesh and the films comment on the rampant mindless consumerism in America, a distinct change from the early zombie film’s comparison of being a zombie and being a slave – though, one might see a connection as the mall shoppers are actually slaves to consumerism. Night of the Living Dead discusses race as well as hinting at consumerism, but it is with Dawn of the Dead that Romero truly makes his statement – zombies a metaphor for people driven to mindless consumption. Kim Paffenroth states, “For Romero, it is not the zombie’s bite that turns us into monsters, but materialism and consumerism that turn us into zombies, addicted to things that satisfy only the basest, most animal or mechanical urges of our being” (55). Romero’s zombies, who will eat all parts of a human, consume blindly without concern for what body parts or organs they are eating.
Works Cited
Altman, Rick. Film/Genre. London: British Film Institute, 1999.
Paffenroth, Kim. Gospel of the Living Dead: George Romero’s Visions of Hell on Earth.
Waco, TX: Baylor University Press, 2006.